The thief comes only to steal and kill and destroy; I have come that they may have life, and have it to the full. – John 10:10

These words from Jesus may be very familiar to you. After all, we have an adversary—Satan. Have you ever stopped to ask why does God allow Satan to do this? Hidden within a question like this is another question that many have been asking for generations, why do bad things happen to good people?

Isn’t he more powerful than Satan? Can’t he stop Satan anytime he wants?

The answers to those questions are yes, yes, and yes. Well if the answer is yes, then why doesn’t he?

Let’s explore these thoughts a little more and see what truths we can discover.

Mystery Is A Reality We Must All Face

The reality of life is: there will be some questions you won’t get answers to. I wish it were different, but it’s not. Notice what Paul says in 1 Corinthians 13:9-10:

I know this doesn’t solve the problem but it does provide a little framework, letting us know that life is not always cut-and-dry or black-and-white. There are some gray areas. And we spend a lot of time living in those gray areas.

However, to best solve this problem, let’s first look at how Satan attacks the unbeliever and the believer.

Satan and the Unbeliever

Be alert and of sober mind. Your enemy the devil prowls around like a roaring lion looking for someone to devour.

Who are the ones most vulnerable to be devoured? Those who are not under God’s covering or those who are uncovered. In the life of someone who is an unbeliever, the enemy has free reign to operate, except God steps in by his grace. To reject Jesus is to reject the one who has the power to stop the workings of the enemy in your life.

When you reject Jesus, Satan can do pretty much what he wants, because there is no one there to police his activity. How then do we reconcile this in the life of the believer? 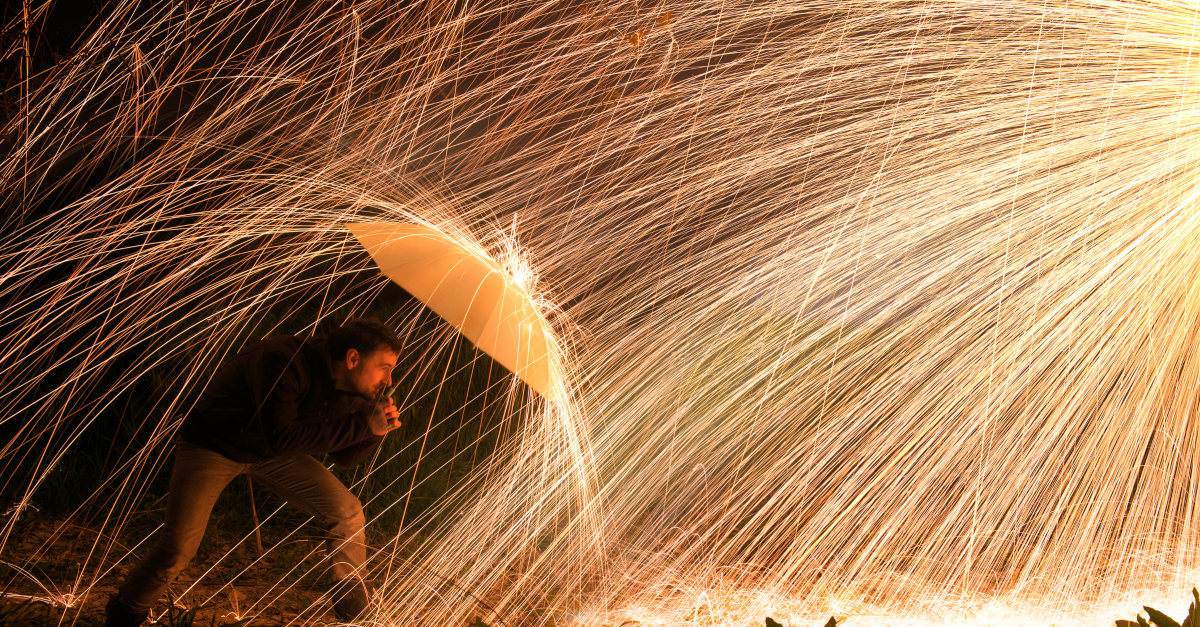 Satan and the Believer

For those who are in Christ, consider 1 Peter 5:9:

Resist him, standing firm in the faith, because you know that the family of believers throughout the world is undergoing the same kind of sufferings.

Understand the process. The enemy comes in looking to devour and Peter says resist him. Remember this letter was written to Christians. As believers, the enemy does not have free reign in our lives. We have the power to fight back. Remember James:

Submit yourselves, then, to God. Resist the devil, and he will flee from you. – James 4:7

The enemy will attack…after all, he is our enemy. The difference is we have the power to resist, cast out and fight back. In Christ, we are not victims but victors. This doesn’t eliminate the challenges of life; it just gives us weapons to deal with them.

A Counterfeit ‘Ruler’ of This Fallen World

Two other realities we must face in this life (in addition to some things being beyond our understanding) are:

1. We live in a fallen world. When Adam ate the fruit and disobeyed God, sin entered the world. Since then we have had to live with the consequence of his decision. His sin brought sickness, hatred, disease, separation from God and death into the world. God has allowed this to continue and it will continue until Jesus comes again.

2. Satan is the god of this world. Though God is still sovereign, we see the impact of Satan’s influence in this world. Consider 2 Corinthians 4:3-4:

And even if our gospel is veiled, it is veiled to those who are perishing. The god of this age has blinded the minds of unbelievers, so that they cannot see the light of the gospel that displays the glory of Christ, who is the image of God. 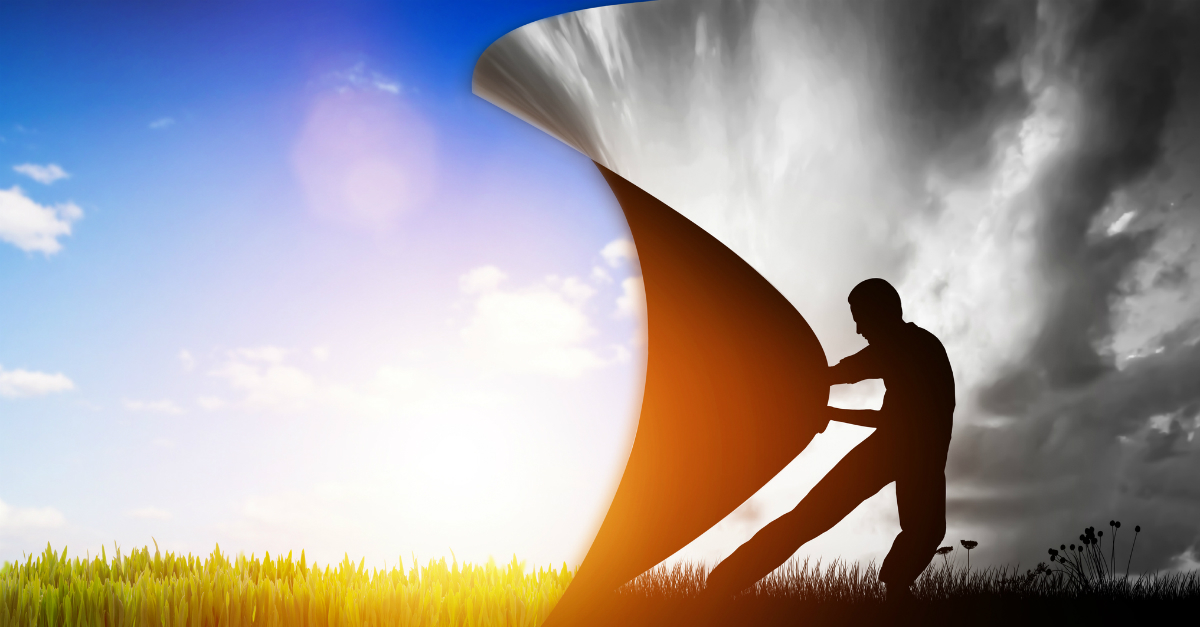 Ephesians reminds us that our struggle is not against flesh and blood but against spiritual wickedness in high places. So the answer to this question is: yes. Obviously, struggling or wrestling implies a fight or an attack.

However, there are three things to remind yourself when the enemy attacks.

1. It’s only to a point. Remember the story of Job. Satan asked permission to attack Job and God granted it but he put a limitation on it. Here is what God said,

The Lord said to Satan, “Very well, then, everything he has is in your power, but on the man himself do not lay a finger.” – Job 1:12

Satan can only attack if God allows it. And even then, it’s only to the limit that God allows.

No, we declare God’s wisdom, a mystery that has been hidden and that God destined for our glory before time began. None of the rulers of this age understood it, for if they had, they would not have crucified the Lord of glory.

This means that when God allows the enemy to attack it is always for a greater purpose. He is always many steps ahead of the enemy.

Satan thought that the death of Jesus achieved for himself a great victory, but what it really did was seal his defeat. As Paul has declared, had he really known what the end result would be, they would not have crucified Jesus.

Had Satan known that the very blood he was so happy to see spilled would be the very blood that would wash away our sins and cleanse us, he would not have wanted to see it spilled. God allowed Satan to attack to accomplish his purpose. He is always many steps ahead.

3. God turns it for our good. The most amazing thing about what God does with what the enemy brings our way is that he turns it for good. If you remember the story of Joseph, he told his brothers this same thing:

You intended to harm me, but God intended it for good to accomplish what is now being done, the saving of many lives. – Genesis 50:20

In the book of Acts, after Stephen was stoned, there was great persecution that came against the church. On the surface that’s not good. However, what was the result? The church scattered and ended up preaching the gospel in more places, winning more souls for Christ.

What was meant for evil, God turned around for good.

Getting Past Satan to the Goodness of God

When you stop and consider this question about God allowing Satan to steal, kill, and destroy it really comes down to perspective. If we look at it correctly, we will not just say “why me?” We will get past the point of just asking God, “why is this happening?”

We will begin to look beyond that to see the wonder of what God is doing.

I can assure you we may not always get answers in this life. Nevertheless, we can face life’s toughest situations knowing God is working them for our good because that’s what he promised.

And we know that in all things God works for the good of those who love him, who have been called according to his purpose. – Romans 8:28

Satan may come to rob, steal, and kill, but as believers we can fight back because we have weapons. We also have the confidence in knowing that no matter what happens, God is always many steps ahead. And in the end, he will work it for your good.